I always thought book clubs were groups of people reading the same book, with half of them desperate to talk about it and the other half, who just read the first three chapters the night before, just wanting to drink wine and discuss The Bachelor. And despite my recurring joke that my English major was like attending one lovely book club meeting after another, real book clubs never seemed very compelling to me. And anyway, like my son who refused to compete in a school-wide literary quiz-show competition, I like to choose my own books, thank you very much.

It wasn’t until I read The Guernsey Literary and Potato Peel Pie Society (and watched the film, with its lively little timer), that my idea of “book club” began to expand a bit. What if book club could be just an excuse to eat food and talk about what we’re reading? I started to think about family book club as a ritual and what that might look like. If we needed a little more structure, could we have a theme? But how are you supposed to choose a theme for the four of us, one firmly in the sci-fi camp, another preferring novels where nothing has to happen as long as people feel a lot of things, one child wanting action-packed plots above all else, and the last requiring very colorful illustrations? I let it simmer for a bit and came up with this collection of books, all grounded in Greek myth (theme!!) but all very much chosen by each reader (freedom!!).

(In this very imaginary family book club that I organized in my head, we were also eating these cookies or maybe these donuts, which have nothing to do with Greece, but are absolutely delicious.)

My son would choose Percy Jackson and the Olympians for sure, also available in graphic novel or illustrated form. I haven’t met a third-grade boy who didn’t find this series totally (if you’ll excuse me) epic.

Now my daughter would have some options:

Cy Makes a Friend, because this book club includes even the tiniest of readers. (You know, the ones who aren’t ready for Medusa’s decapitation.)

Cupid and Psyche is sure to delight kids who love Beauty and the Beast, and is beautifully illustrated by K. Y. Craft.

Pegasus is another treasure illustrated by Craft, but this one is scarier, so maybe save it for older readers. My son and I both have loved it for years.

A classic for good reason, D’Aulaires’ Book of Greek Myths is a great introduction for any young grecophile-to-be.

Encyclopedia Mythologica: Gods and Heroes Pop-Up by Matthew Reinhart and Robert Sabuda, covers more than just Greek myth, but the pop ups are mesmerizing and both of my kids have spent many hours reading about these 3D gods and goddesses 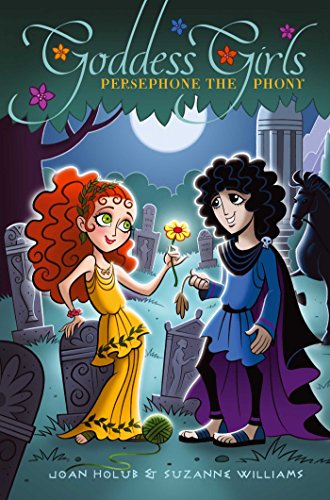 Goddess Girls, an early chapter book series by Joan Holub and Suzanne Williams, is definitely a hit with kids, but with too much focus on trivial teenage drama for my taste. It is, however, a surefire way to get kids excited about mythology. It also removes the teeth from some of the darker myths, which, depending on your perspective is either a pro or a con. And in this imaginary book club, I don’t get to choose the books anyway, right?

I like Heroes in Training (also by Holub and Williams) much better. It has all the pros of Goddess Girls (kid-approved, easy to read, fast-moving plot), but without so much relational angst. It is slightly scarier, but not significantly so.

George O’Connor’s Olympians series does not sugarcoat everything, so you may want to preview these based on what you think your kiddo can handle, but they are certainly thrilling, and sure to draw even a reluctant reader to the book basket. 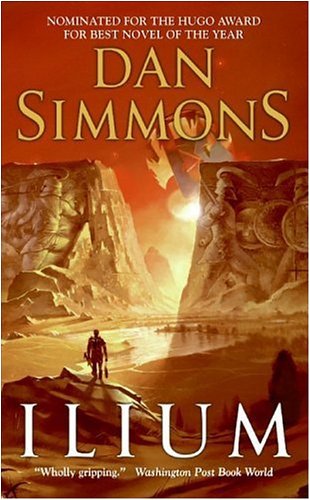 When I asked my husband what his choice would be, he immediately responded in his characteristic minimalist text style: “Ilium by Dan Simmons.” Set on Earth and Mars, it features both the great Greek gods and also sentient machines.

Circe by Madeline Miller felt so absolutely personal to me at every step. I read Miller’s Song of Achilles and liked it from a safe distance, but when I read Circe, I felt transported in a way that I typically don’t with myth. It was also the springboard for this entire theme, as I had just finished it when I started thinking about family book club, and by sheer coincidence (or, ahem, the Fates), my son was reading one of Riordian’s graphic novels.

Happy reading, whatever theme you may choose for your own imaginary book club!

(And please do share your ideas in the comments!)