Honestly, dog ownership always bewildered me. Too much effort for too little reward, I thought. I’ll never own a dog, I thought. My kids hate dogs anyway, I thought.

I’m still not sure at what point my children moved from abject fear of all dogs to constant pleading for a pup of their own, but I do know the cause, and I’ll share these titles for you to peruse at your own risk. I thought I was in no danger, but you will have no such excuse.

Now this is certainly no exhaustive list. It is missing classics like The Poky Little Puppy, Nana from Peter Pan, Genevieve the “noblest dog in France,” Kate DiCamillo’s Winn Dixie, and Clifford the Big Red Dog. This isn’t even a list of the best dog books. These are simply the books that became a part of our story, the books I will forever hold accountable for changing my mind.

Beverly Cleary’s books are the current background noise to our lives, which makes us feel like legitimate Oregonians, rather than the Texas transplants we actually are. My daughter plays Cleary’s audiobooks nonstop – while she does her morning jobs, while she plays video games with her brother, while she eats her snack. You would think that after a while, the adults at least would tire of Ramona’s antics or Henry getting mixed up in another mess, but we really, really don’t. Marcus and I will still share an amused chuckle the three hundredth time we’ve heard Henry stuff kittens in his coat and Ribsy go bananas. Neil Patrick Harris reads most of the Henry Huggins audiobooks, and at this point, Neil feels like one of the Asbys.

Where the Red Fern Grows by Wilson Rawls

This book was part of my vulnerability-is-a-developmental-task crusade. I was determined to make my son ugly-cry despite his best efforts to the contrary. He kept saying, “Oh is that the sad part? I’m not even crying at all.” I wasn’t worried. I didn’t doubt even for a second that Wilson Rawls would deliver. If you have a soul at all, Where the Red Fern Grows will break you, and my son was no exception. 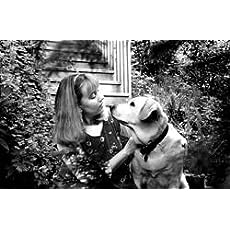 Anything by Cynthia Rylant

I don’t know if it’s possible to read Henry and Mudge and not ever so briefly imagine having a giant, drooling, horse-sized dog in your family. Honestly, even Rylant’s books that aren’t about dogs will make you want a dog. Yeah, I’m thinking of you, Let’s Go Home, with your frosty-nosed pups with muffins in their eyes.

Plumdog  and Another Year of Plumdog by Emma Chichester Clark

Plummie did me in. I could maybe have survived all of the others, but Plumdog, with her cheeky witticisms and shameless vanity and Ramona-esque stubbornness completely destroyed any willpower I had left. Based on the popular blog Plumdog, these volumes will delight dog-lovers of all ages (or as in my case, push you over the edge if you are wavering).

After the children’s books did all the hard work, I picked up a parenting book briefly extolling the benefit of dogs for angsty teens, took note when James Clear wrote something like, “for instant happiness, buy a dog,” and followed those with a host of dog training and dog science books. You see the trajectory I’m on. Now I find myself saying things like, “Did you know some dogs can smell cancer?”

But it all started with those sneaky children’s books.

Emma Chichester Clark, when I’m standing in the rain, scooping poop with my hand, I’ll think of you.

Here are a few titles that didn’t make it into family lore, but are totally worth your time:

Gaston and Antoinette by Kelly DiPucchio

OUT by Aree Chung (great for the youngest of readers)

Where’s Spot by Eric Hill (this one will only amuse the youngest of readers, but my kids loved it when they were tiny)

Biscuit by Alyssa Satin Capucilli and Pat Schories (same here, but there is something cozy about Biscuit)

A Small Brown Dog with a Wet Pink Nose by Stephanie Stuve-Bodeen and Linzie Hunter (that kid is a genius!)

And an anti-dog list, in case you need to be talked out of puppy ownership:

Toys Go Out by Emily Jenkins and Paul O. Zelinsky (the “possible shark” is only one of MANY reasons to read this series)

Black Dog by Levi Pinfold (beautiful and spooky, but be warned that the dog is not so scary in the end)

Diary of a Wombat by Jackie French and Bruce Whatley (okay, so not about a dog, but that little wombat is full of mischief)

The Pigeon Wants a Puppy by Mo Willems (or maybe he doesn’t after all!)

Doggone Dogs by Karen Beaumont and David Catrow (“Doggone dogs do not obey!”)